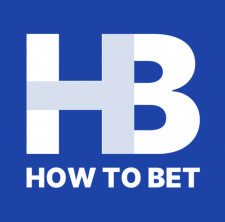 The educational gambling resource covers all of the major trends NFL fans should follow to boost their bet slip's chances in the upcoming months.

NEW YORK, October 25, 2021 (Newswire.com) - HowToBet.com, an educational gambling website created to help fans learn how to bet on sports, casino games, and more, has identified new key trends in the NFL for fans interested in betting on games in October and November.

On the money lines, underdogs have performed fairly well. In week one, the underdogs (plus money teams) went 8 to 8, followed by 5 to 11 and 9 and 9 performances during week two and week three, respectively. In terms of the point spread, the underdogs have fared well, with many big spreads and many close games. HowToBet.com evaluates data as it becomes available to provide more insight into underdog trends as the season progresses.

There have been some results regarding home-field advantage thus far. After week three of the NFL season, there were 13 teams that remained unbeaten at home: five of them were 2 to 0 and eight were 1 to 0. Five teams were 1 to 1, while 13 teams were winless at home: six were 0 to 2, and seven were 0 to 1.

According to this story on ESPN.com, the week three game between the Baltimore Ravens and Detroit Lions was the most one-sided wager of the early season ― an unexpected statistic as the latter of the two teams currently sits at the bottom of the NFC North, still winless after three weeks of play.

At the time of kickoff, 98% of all money line wagers were on the Ravens at -400: those include all parlays as well. As the game neared a close, most of those bets were on the brink of losing before Justin Tucker (placekicker for the Baltimore Ravens) kicked a record-breaking 66-yard field goal to win the game 19 to 17 in the last second of the contest. In doing so, he saved countless parlays and straight bets.

It is expected that the total number of bets placed in the U.S.in September will be a record-breaking figure. Arizona only recently joined the sports betting scene and has already reported record-shattering numbers. New Jersey, the undisputed king of sports betting, posted over $650 million in wagers during August, with no NFL contests in motion at the time.

New Jersey is projected to be the first state in the U.S. to break $1 billion in wagers in a given month during this NFL season. This would be a staggering accomplishment for the garden state, to say the least. As more and more states legalize sports betting, these kinds of records will be continuously toppled until the industry settles.

The best paying single bets have undoubtedly been the props or a money line upset. So far in 2021, there have been four games that underdogs of +240 or more won: week 1, Pittsburgh (+240) beat Buffalo, week two, Las Vegas (+260) beat Pittsburgh, and Tennessee (+250) beat Seattle, and week four, Los Angeles Chargers (+240) beat Kansas City. All of those games had potential payouts of $340 on a $100 wager at the minimum.

"NFL online betting has experienced a significant upswing in popularity this year," said Cristian Campan, Product Owner of HowToBet.com. "Our insider analysis and betting tips are helping newcomers and gambling veterans alike boost their odds week after week. We are a prime resource for any fans looking to learn how to bet with their heads and maximize their chances for success this season."

The most lucrative NFL games for bettors are the ones they win. With the bonus offers now, such as PointsBet's $1,500 risk-free points bet wager (promo code: HOWTOBET), bettors can possibly win up to 20 times their wager. Winnings could be as high as $30,000.

Raketech was founded as an online poker affiliate that focused on lead generation for the Scandinavian market. Today, Raketech is an award-winning iGaming affiliate company with its sights set on areas that the team finds fun, exciting, and important.

Get notified about new releases.